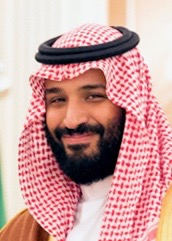 Gender reveal parties have become the rage for soon-to-be parents. We have had gender reveal for a long time. It’s just it usually involved a guy in a raincoat and police.

… In the pre-evaluation for a roomful of us getting ready for knee surgery, we were shown a chart of the many people in the team. After I described it to my wife, she commented, “It takes a village to do a knee. I had asked Santa for a knee new and had put up an early stocking. To my surprise, I found two notes: “Please send your correspondence to our medical specialty division” and “Based on advice from our attorneys, in light of recent legislation in many states, we will be collecting sales tax on all gifts." To cover the cost of the administration, Santa and his board of directors are reportedly considering offering SantaBucks through participating resellers, which can be redeemed for gifts. ….  With critics continuing to hound him over the killing of journalist Jamal Khashoggi, Crown Prince Mohammed bin Salman announced new steps after Saudi authorities cleared him of any involvement in the crime. He is proposing an upcoming day on improving media relations he will host with President Trump as a guest speaker. Then there’s an upcoming reality show  “Saudi Royal Family Survivor” in which various relatives are placed on an island and are voted off after a series of contests. At least, that’s the story being peddled about their disappearance. .... There’s an upcoming TV special “Christmas in Mordor”, which shows the orcs in a fun-loving environment. Part of this stems for the fact that although Sauron eventually came back, his powers were so diminished he was forced to convert much of the hellish place into “Ringland”. There were features such as “Get your picture taken with the never sleeping eye on the edge of Mount Doom. Experience the fabulous “Ride a Nazgul” flight. … There’s an incentive for some of us non-macho types to have more women in business. That would help us avoid having ex pro sports personnel as speakers at so many conferences, so the crowd can relive its glory days. … The state of Florida has repeatedly halted plans to publish “Vote Recount Administration—Lessons Learned from the 2000 Election”.