SEO: TIME FOR THE RULES OF THE GAME 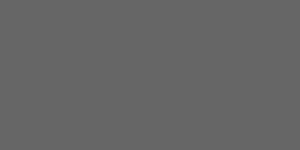 Imagine it's the semi-finals of the U.S. Open and Roger Federer hits a ball that lands near the base line. "Is it in or out?" the world's No. 1 player asks the linesman, who shrugs and then the chair umpire. The umpire responds, "I can't tell you. But we'll let you know when we total up the score."

That's the way the rules for search engine rankings seem to work in the world of the major players, Microsoft and Google.  We know there are rules and we can deduce some of them when we see how well articles on our Web sites do in appearing in searches.

Another across-the-pond report so that you can compare notes: K3 Business Technology Group, a United Kingdom-based company that specializes in Syspro, reported operating profit of $1.1 million for the half ended June 30, down from about $2 million for last year’s corresponding period. Revenue for the half was $26.5 million down 7 percent from roughly $28.4 million. The percentage change was based on calculations in euros.  Those results, according to an official statement, beat budget and the company believes manufacturers are continuing to invest in ERP products. K3 is based in Manchester, England, but a significant portion of its sales comes from the Netherlands. The group also operates K3 Retail, which markets the Dynamics retail product line and the company also sells Dynamics CRM. K3 noted it continues to seek complementary acquisitions. Read more...