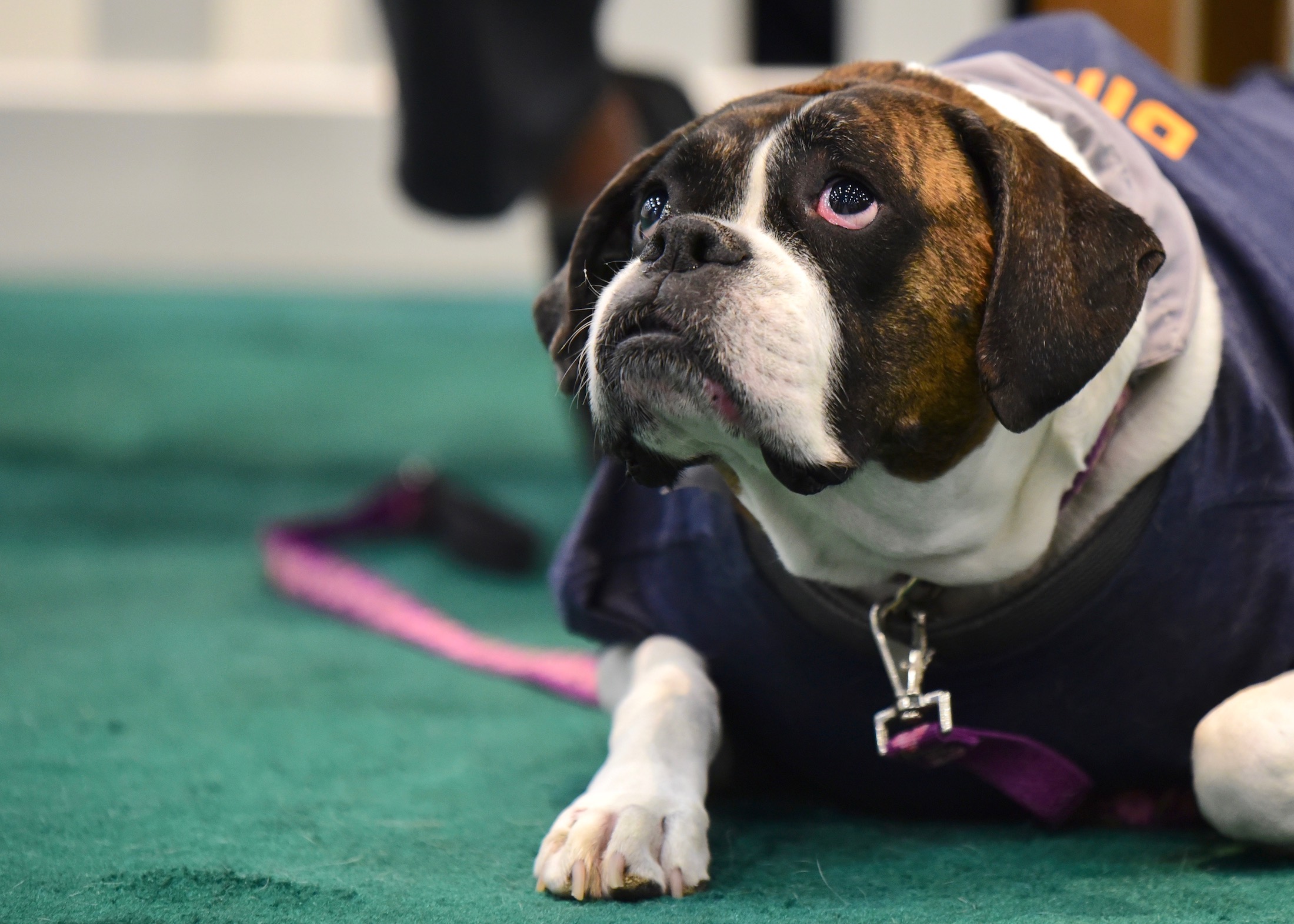 The people in Las Vegas are so friendly. There was this young lady Tuesday night who was standing near the entrance to the elevators.

Every time I went by, she asked me if she could help me. So thoughtful! … Las Vegas has just gotten so expensive. The hostess at one restaurant looked at me and said, ‘You can’t come in. There’s no way you can afford it.” … One exhibit on the floor of the Sage Intacct Advantage conference this week was therapy dogs. Various canines were present to be petted by attendances. We have a therapy dog and a therapy cat at home. They want us to provide support and comfort to them. There was a guy handing out prescription pads which said, "Take one day, twice a day for tension" … it seems like Cirque du Soleil has a show at every Vegas hotel. But I think they are running low on material as the next one being advertised is “The Archies”, a tribute to the fictional band that represented the cartoon comics. … … For those not familiar with the scale of Las Vegas, the recent Sage Intacct Advantage was held in the MGM Grand with the typical walk from hotel rooms to the conference center about 15 minutes. I labeled the hike to breakfast as the Sage Intacct 2K. ...  The BBC is readying a three-part mini-series, Dracula, which is billed as being a sexy vampire. In the first episode, a troubled Drac visits the dentist for some series root canal. He frets while his night-time travels are put on hold while he waits for caps to be placed on his fangs.