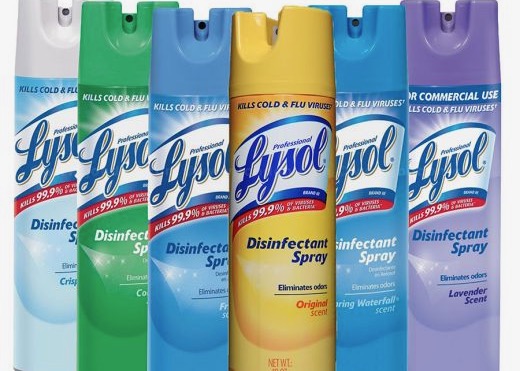 There must be someone waiting to cash in by developing a software that can be connected to conferencing applications that will automatically cancel out the sound of crying babies and barking dogs.

… It’s not clear how many people are following President Trump’s advice to inject Lysol to fight the coronavirus. One neighbor who tested positive for the virus said thecleaning chemical was sold out at the supermarket so he bought Pinesol instead. It hasn’t made him feel better but he has a fresh smell of the north woods about him. On the other side, Democratic presidential candidate Joe Biden remember his childhood and days of “the Bionic Plague” and wondered if anyone remembered he had been vice president under Barack Obama. He also decried those who denounced Lysol who he called “one of the greatest heroes of Greek mythology.” ...  Disney has reported tragic consequences among its characters. Tinkerbell failed to make it despite thousands of people clapping over Zoom. Meanwhile, Sleeping Beauty remains asleep as a six-foot barrier has been erected around her and the Prince was unable to give her a kiss. Meanwhile, it was reported that Dopey bludgeoned Sleepy with a hammer after the Seven Dwarves were quarantined in a mine. “ They just wouldn’t stop singing ‘Heigh Ho”, I couldn’t take it anymore,” the youngest member of the dwarf family said as he was led away in cuffs. … Many are concerned about Brian Harrison, the former dog groomer, who has been named to head the federal response to the coronavirus. There is a great fear that he is planning to take punitive action against cat people and that he will fight to change the national anthem to "Who Let the Dogs Out?"