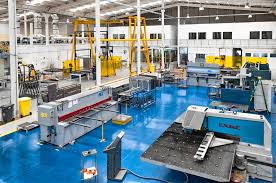 Months ago, when resellers talked about Sage Intacct Manufacturing it was with all the enthusiasm people use in describing having to buy retread tires. This month, the reaction was much more positive—that Sage has a way to go, but the product is much improved and has promise.

Add to that some questions about the venerable Sage X-3, strong in process manufacturing, and there were lots of areas of concern about the industry applications, but the channel seems happier with the answers. First, X-3 isn’t going away. “X-3 had a fantastic year,” says Rob Sinfield. who heads the X-3 and Intacct manufacturing, distribution and e-commerce editions.  “It has grown more than it has grown before.” One thing that hurt in the rumor mill was for a few years, X-3 was prominently mentioned in the financials of the Sage Group. But mentions ceased. Sinfield notes that with Sage’s current development platform means it will be able to add features to both the Intacct entry and X-3 more easily. Also, Intacct Manufacturing will concentrate on discrete manufacturing with Sage having defined down to the subvertical which areas it will enter and which it will avoid. Sinfield says the Intacct edition focuses heavily on creating simpler workflows and easy of use. When users face a screen, “It will adapt in the context of what I am looking at. where I am, who I am and where I am allowed to go int the next step,” says Sinfeld who continues users “don’t get hundreds of buttons. They get two options on the screen—do this or do that.”