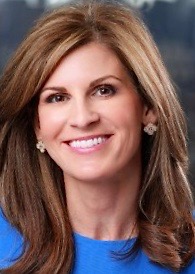 SAP appears ready to trim its application offerings. As the company reported its financial results for the year ended December 31, co-CO Jennifer Morgan listed priorities for 2020 during this week's earnings webcast.

Among those, she talked about “disinvesting” in applications that “do not serve the broader market.” That meant putting those funds in applications that do. Morgan also noted, “We will focus on smooth and faster implementations and high adoption of our solutions.” For the year, SAP reported after-tax profit of roughly $3.72 billion, down 17 percent from last year’s corresponding period. Revenue reached roughly $30.36 billion, a rise of 12 percent. That included increases in both license and cloud revenue. SAP reported software license and support revenue of approximately $17.79 billion, up 3 percent from 2018, a combination of a 2-percent decline in license revenue and a 5-percent increase in maintenance. That is still better than many companies which are reporting steep declines in license income and flat maintenance. Cloud revenue jumped by 39 percent to around $7.64 billion. Co-CEO Christian Klein touted the growth of S/4 Hana, saying that 40 percent of sales were net-new customers. He also said S/4 Cloud Hana has more than 2,300 customers with a revenue run rate of roughly a half billion euros. However, he noted that “70 percent of our ERP customers have yet to adopt our cloud solutions.” CFO Luka Mucic said performance in the United States was strong with a 35-percent rise in revenue and a 16-percent increase in cloud and software revenue. Mucic said license revenue was strong in the U.S.