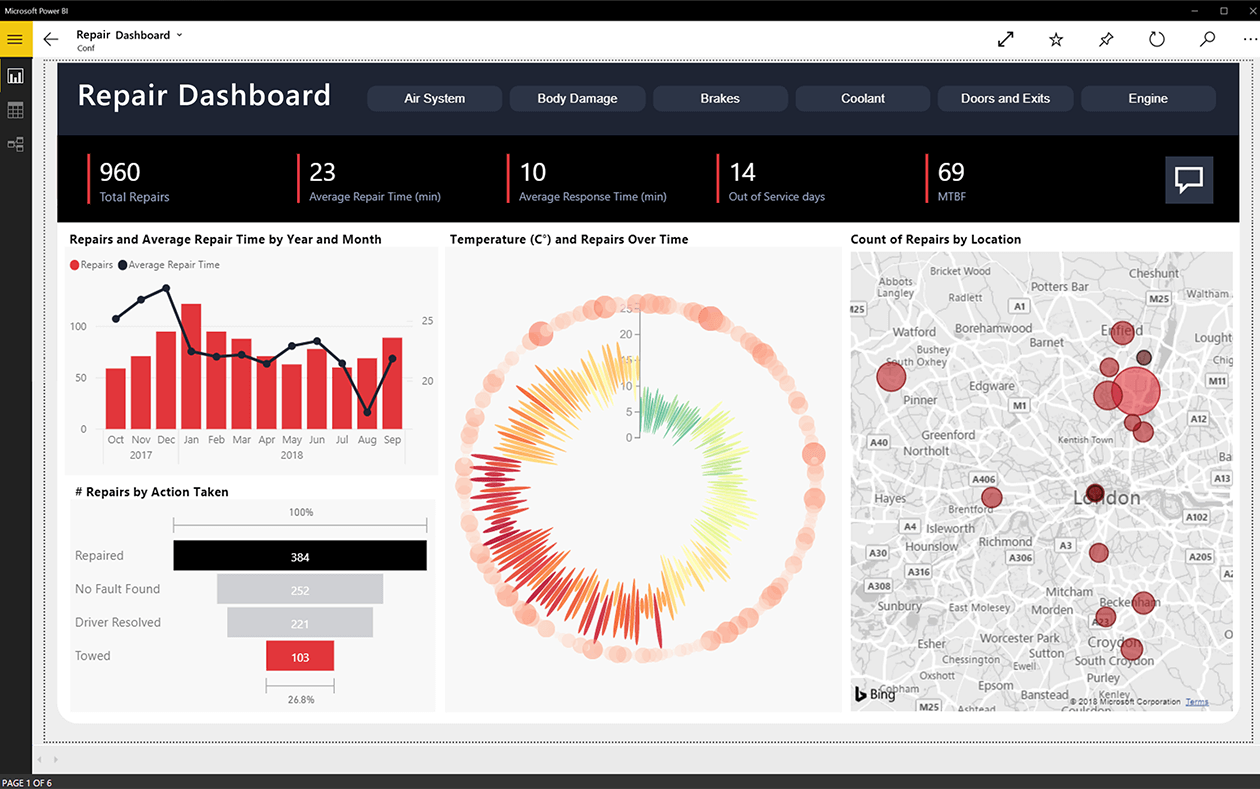 Microsoft has increased the number of artificial intelligence features in Power BI, its data analytics software.  A broad range of AI features were previewed in November 2018. The latest updates were announced at the recent Microsoft Business Applications Summit.

Among the new features, text and image analytics in Power BI powered by Azure Cognitive Services, along the ability to invoke Azure ML models, are now generally available. There are two new AI visuals: Distribution Changes analyzes what makes a distribution look different, and the Decomposition Tree enables users to drill into any dimension. Microsoft has also added entity detection and text and handwriting recognition. The company is also expanding Power BI’s natural language capabilities, which gives the software the ability to train Q&A so it understands and adapts to company-specific language like synonyms, phrasings, or specific domains, and the ability for report authors to see every natural-language question asked. In addition, Microsoft has provided a new interface to make Power BI more closely resemble Office 365. Also report commenting allows users to collaborate on data, and Siri shortcuts for the company’s mobile app. Microsoft also introduced the no-code AI Builder on the Power Platform, supporting PowerApps and Flow. AI Builder takes common AI scenarios and provides point-and-click solutions for app makers.