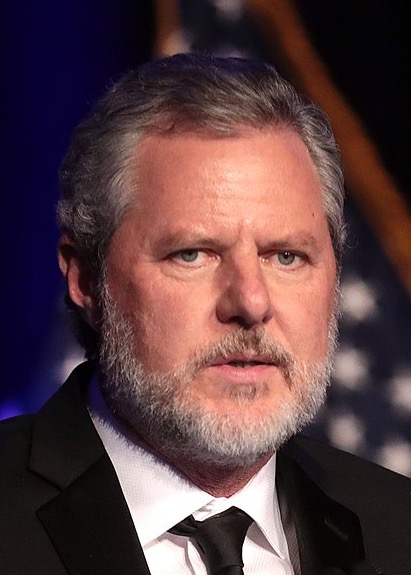 A friend of mine was complaining that when his sat next to me after a meal, my abdomen made all kinds of noises. “It is like it’s speaking to me,” he said.

“What’s it saying?”, I replied. He griped: “It’s sounds like ‘Leave me alone’, ‘Shut up, I have a headache’, and ‘It’s just a lousy day. ‘ “Oh,” I said. “That’s just a case of irritable bowel.” … Jerry Falwell Jr. is the odds-on winner for the “Jim Baker Trophy” for innovative approaches to religion. Then now disgraced religious leader noted the reason he and his wife, Becki, hired their pool boy was the latter, the then-20-year old Giancarlo Granda, promised hands-on services. After the story first broke, it was supposedly covered up by fixer extraordinaire Michael Cohen. (Where have I heard that name before). Before Falwell resigned as president of Liberty University, he was already in trouble for posing with his jeans rather, uh, comfortably undone next to a pregnant woman who was having trouble closing hers. He is reportedly in negotiations for a line of clothing called “Falwell’s Fallen—jeans with a relaxed fit, both physically and morally”. … The University of Alberta has reported success in the laboratory on inhabiting action of the COVID-19 virus by use of a drug that has been used to successfully treat cat virus. However, there is speculation that if used in humans side effects could include unwanted hair growth and purring and a general attitude of indifference.