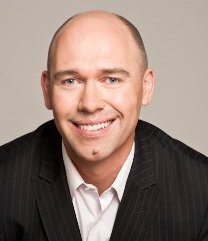 MYOB rode cloud subscriptions to double-digit growth for the year ended December 31. The Australia-based software vendor, whose new MYOB Advanced is built on the Acumatica engine, reported a 15-percent increase in EBITDA on 16-percent rise in revenue while the company sharply cut its after-tax loss. In a prepared statement, CEO Tim Reed said that in the fourth quarter 67 percent of new small and medium-size customers purchased cloud products in the fourth quarter.

That helped drive EBITDA to about $108 million for 2014 and revenue to roughly $224.5 million. The loss for the year dropped to about $11 million, a 52-percent improvement from 2013. Owned by Bain Capital funds, MYOB, like many leveraged companies, has a chunk of interest on debt that contributes to the loss. The company is active in serving accountants down under and plans to launch the MYOB Portal for those using MYOB Accountants Office and MYOB Accountants Enterprise. Reed noted the move to the cloud stating noting "In the last month, we launched MYOB Advanced, our first cloud offering for the mid-range market, and are poised to take our first cloud product for accountants to market in the next few months." The company differentiates itself from competitors like Xero, which serves only small businesses, stating it serves small, medium and large businesses.