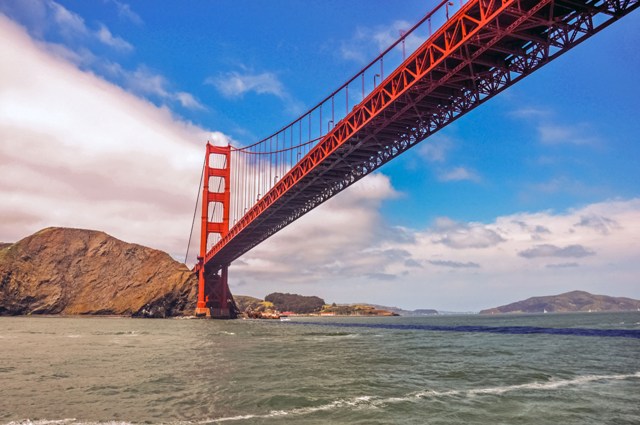 I left my heart in San Francisco. I'm still trying to figure out where I deposited some of the other organs. ... With the well-publicized drought in California the thought hit me that we might be seeing the little city by the mud flats. But I was assured by locals most of the water comes from the ocean. ... Meanwhile, California prepared to carry out its first executions of people found guilty of violating water use rules. ... I was noticing those sure signs of spring—cars covered with tree pollen and people with hacking coughs.

That reminds me that historians have discovered additional plagues that afflicted ancient Egypt—hay fever, crab grass and grumpy old men. "Hey, you Hebrew slaves; keep off my pyramid." ... Police in San Antonio, Texas, are investigating how cocaine ended up in a granola bar. That explains why I saw someone trying to snort a Nature's Valley Sweet and Salty bar. ... Atlantic City has squashed plans to pay for poetry readings to attract people to the struggling area. I don't know—you could have over/under bets on whether writers had the correct number of syllables in a haiku. Then there would be the crowd energizing chants: "Haiku, low-ku, we all scream from haiku." Atlantic City could co-host a competition with one of its neighbors in the next county to name the official "Bard of Avalon". ... The least favorite book of N.J. Governor Chris Christie? "A Bridge Too Far". ... A group of Detroit residents has been sentenced for using the IDs of deceased individuals to defraud the government. It is unknown if the deceased persons will continue to be voters in Chicago's Democratic primary.